Among all the numerous Sicilian marvels, medieval villages and towns are those who have, more than anything, marked the history and culture of the island. Savoca, a small town in the Metropolitan City of Messina, from this perspective represents the emblem of it all; with an ancient history dating back to Roman times, the village of Savoca was enriched by the Byzantines and the Emirate of Sicily. During the 9th century, it represented a small rural town inhabited mainly by peasants and farmers from the surrounding lands, remaining anonymous.

Everything changed with the establishment of the Kingdom of Sicily: it became the main center of the Agrò Valley due to its peculiar location, developing from an economic, historical and cultural viewpoint while maintaining its cultural architecture. During the Fascist period, the village of Savoca fell into ruin, with a demographic decline that is still present to this day. However, its medieval soul and the many architectural wonders it offers remain. Those factors have made Savoca one of the most beautiful villages in Italy and the movie set of impressive cinematographic productions such as The Godfather.

A visit to the village of Savoca lets you dive into a place out of time. In terms of materials, colors and styles, its architecture communicates all the island’s ancient heritage, also reminding the Middle Ages with its structures. Walking through the alleys of Savoca means getting into an archaic atmosphere, thanks to cobbled streets, roofs with typically Sicilian tiles and houses exclusively built with local stone.

What is more, a visit to Savoca can also amaze your senses due to the great mix of architectural works you can find in town. In particular, in the village of Savoca there are two of the most ancient monuments, which also reveal its old and more than secular nature: the Pentefur Castle, of Arab origin, which according to a legend was built by 5 thieves who escaped from the Taormina prison, and the synagogue of Savoca, an old building conceived for the Jewish community, which was present in the village around the year 1400.

Going through the fourteenth-century town gate that marks the entrance to the historic center of Savoca almost feels like traveling through time: the view is immediately seized by the much more recent Town Hall and by the Church of San Nicolò, built in the Sicilian Baroque architectural style, even if the battlements on the entire façade make it quite similar to a medieval castle. In the seventies, it was used to shoot a very famous scene from The Godfather.

The village of Savoca is also home to important noble palaces which, throughout the period of the Kingdom of Sicily, hosted some of the most influential families of the time. Palazzo Trimarchi is certainly the most famous one, also because today it hosts the Vitelli cafe.
Leonardo Sciascia defined Savoca as the village of the “Seven Faces”, analyzing its particularly branched urban structure, with alleys suitable more for the transit of carriages than cars: a refined literary expedient aimed at underlining how the village of Savoca represents one of the landmarks of what the term “Sicilian” meant in former times. 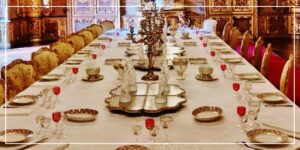 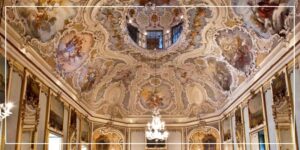 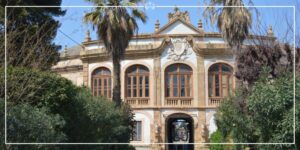