Lipari, the Pearl of the Aeolian Islands

Lipari is certainly the most popular destination among the Aeolian Islands, and also the largest.

Lipari is certainly the most popular destination among the Aeolian Islands, and also the largest. This wonderful island, in fact, offers tourists beautiful beaches, entertainment, many clubs, bars and restaurants; here you can taste true Sicilian specialties, accompanied by excellent live music.

The whole archipelago of the Aeolian Islands is of volcanic origin, and Lipari is the closest to the coast, preceded only by the island of Vulcano. Those who love the sea can explore by boat the numerous jagged coasts, the caves in the middle of the crystalline sea, and the rocks. The island can be toured by scooter or bicycle to appreciate its beauties, and you can especially visit the beaches, where tourists will find relaxation or nightlife as in the well-equipped White Beach, where you can dance almost uninterruptedly. The site can also be reached by sea, with boats leaving directly from Canneto, a quieter area. White Beach owes its name to the nearby pumice quarries, which have long given it a white colour. Today, that colour has settled on the seabed, while the sea is a splendid turquoise.

Your soul here gets almost hypnotized by natural beauties, and the friendliness of the inhabitants opens up to the universe.

Legend has it that Lipari was built by Liparo, before the Trojan War

Legend has it that Lipari was built by Liparo, before the Trojan War. Even Ulysses on his return from Ithaca stayed in this enchanted spot. The story tells about a population that has always been multiethnic, coming from places as different as Greece, Sicily and Campania.

The streets of Lipari are very characteristic, and resemble actually more of a village than a town. For those who love to immerse themselves in art, as well as plunge into the sea of course, there is so much to visit and enjoy. In the hamlet of Quattropani, for example, the Church of the Madonna della Catena, has a very simple structure, and a panorama that leaves the tourists breathless. The Norman Cloister is an ancient structure, built by King Roger II. The capitals depicting various species of animals date back to the Roman era. Other churches further enrich the great artistic heritage of Lipari, such as the Church of San Giuseppe, dating back to the seventeenth century, and the Cathedral of San Bartolomeo, decorated with ancient frescoes dating back to the sixteenth century.

Marina Corta and Marina Lunga are the hubs where the whole life of the island develops. During the summer, Lipari is filled with tourists who flock to the squares, pouring into the clubs and dancing in the street. The municipality also includes the islands of Panarea, Stromboli, Vulcano, Alicudi and Filicudi.

Food enthusiasts in Lipari will find an outstanding typical cuisine, which includes all the full range of Sicilian specialties. Granita slush is also offered for breakfast in all flavours, cannoli and almond pastries are excellent for breakfast or at the end of a meal. Malvasia is a fine wine, which is obtained from white grape varieties, with a typical liqueur consistency and a bouquet of intense aromas. It is produced in several Italian regions, but in Sicily it is quite unique. Finally, capers, a typical crop of the place, are used to season every dish, also ideal to fill excellent sandwiches, to be brought as take-away when discovering the beauties of this island immersed in the wonderful Sicilian sea. 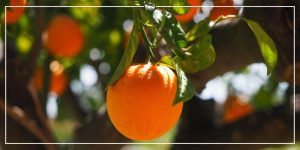 Sicily is rich in healthy fruits, which grow genuine thanks to the climate, the almost perennial sun in this part of the world and also 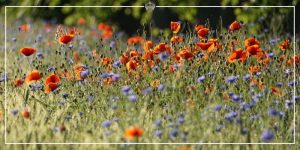 The spring of Sicilian flowers

The spring of Sicilian flowers A land rich in vegetation; this is Sicily, with its rare flowers, sometimes even spontaneous ones, especially during springtime and 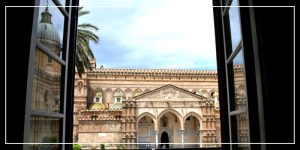