The tables of the sicilian aristocrats

The tables of the sicilian aristocrats: what they ate and how the festivals took place

Sicily is the cradle of a culture that comes from afar, from eras that have been influenced by the ancient Greeks and Romans, but above all by the aristocracy and the Bourbon Kingdom. Sicilian cuisine is linked to the symbolic products of the island, but at the same time it has been contaminated by Spanish culinary art and beyond. The extreme magnificence characterized the banquets of Sicilian aristocrats, in fact, the tables were set with gold cutlery and ceramic objects painted by important artists.

The flour was produced with ancient Sicilian grains, such as Perciasacco and Russello. In addition to the Spanish one, French cuisine also influences Sicilian traditions, with dishes such as fricassé and ragù. The contaminations have contributed to enriching a menu inspired by the products and roots of a land
surrounded by the sea. In the houses of the nobles, often at the table, as after a meal, they tasted fine liqueurs and sorbets based on the excellent and unique lemons, but to brighten the atmosphere, wine also had a place of honor, both locally, such as Malvasia and the Moscato of Syracuse, and the ones coming from other places. In the era of Sicilian viceroys and the aristocracy gravitating around them, music could not miss at parties and gala events, in fact, wind instruments, enlivened sumptuous receptions, to the delight of guests and hosts.

Presentation wants its share, so Sicilian aristocrats had their tables set with refinement and sophistication, and the exquisite dishes completed the work. At the table, between courses, in addition to the typical Sicilian liqueurs, sweets prepared by the cloistered nuns were offered with the raw materials offered by land, such as pistachios, hazelnuts, ricotta, almonds, dried fruit. The dessert break for the aristocrats and for Sicilians in general, was and still is considered sacred today, because it represents the culmination of sharing and conviviality. For this reason the dessert was enjoyed in tranquility, in company and tasting all the varieties of desserts that the Sicilian tradition still offers today after centuries: nougat, cannoli, Sicilian cassata, martorana fruit, sweet arancina, fried iris, the sfincia of San Giuseppe, gelo di melone (watermelon gelly with chocolate and jasmine), almond sweets, buccellato. Also famous and delicious are cheeses like the provola of Modica.

the table symbol of conviviality and the guest was sacred

Often, gala banquets, as mentioned, organized by monasteries, were an opportunity to celebrate anniversaries, weddings, the assignment of an important office or even to welcome illustrious personalities into the aristocratic environment. The practice included elegance in clothes, and moreover, it was not good practice to refuse a dish. Even for the nobles of Sicily, the table was a symbol of conviviality and the guest was sacred, and to make the banquet even more pleasant, anecdotes and gossip were told. The ceremonial carried out, the class and elegance combined with the excellent products offered, contributed to making the aristocratic parties unique and unforgettable moments. 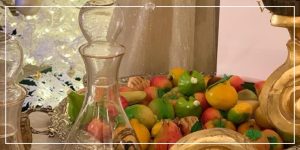 The luxurious Christmas of the viceroys 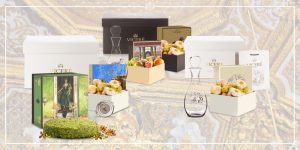 Gift Boxes are born from deep religious roots Every year, millions of people exchange gifts in keeping with a tradition that has been going on 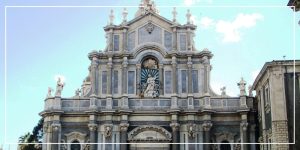